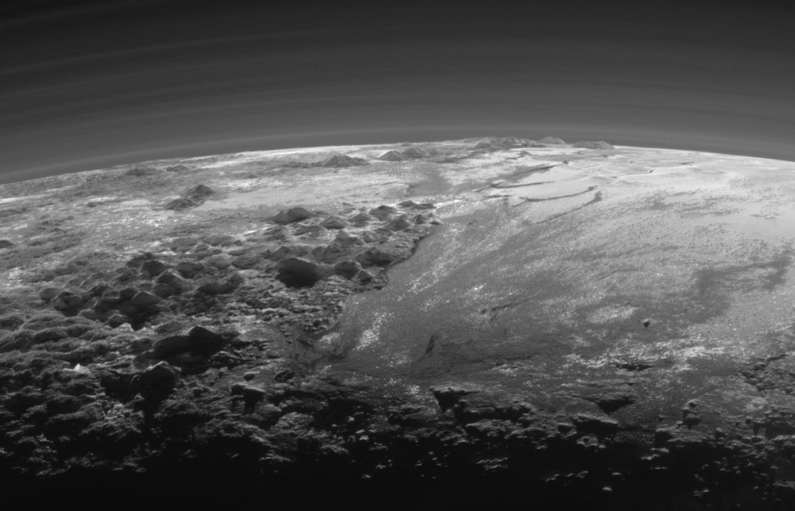 This blog has been silent for a long time due to personal reasons and in the meanwhile many things have changed. I am in the process of updating the website and writing about my new affiliation and my new research group and I will try to do this as soon as I can. There is news, especially one that involves a new project some of you might be interested in. Stay tuned for some news in the upcoming days since perhaps some of the readers might become an active part of this project. I decided to restart my blog with a brief article on the solar system. The reason is that both the (for now mysterious) project is related to this and because –besides neutron stars and black holes– planets are my second love.

A few weeks ago a new scientific paper has appeared in Nature Astronomy discussing some very surprising findings on the dwarf planet Ceres. This object populates the asteroid belt between Mars and Jupiter and it was visited by the NASA mission Dawn in 2015-2017. One very famous series of images showed a puzzling roughly circular white spot partially filling one big crater on the surface of the planet. Scientists were quite puzzled by these images because the white spot was very reflective in stark contrast with the rest of the surface of the dwarf planet which is mostly rocky and dark.

Once Dawn approached the dwarf planet, it was clear that the bright area was composed of many small spots generated by some unidentified substance that was covering several small regions inside the Occator crater (image below).

The images of Dawn showed that the substance was some type of salt that must have been brought there by some liquid, suggesting some active geological activity. An obvious candidate was liquid water, but where does liquid water come from?

The August issue of Nature Astronomy is entirely dedicated to the dwarf planet Ceres and the findings of Dawn. Several articles now show that the salt is hydrated sodium chloride which translated means water with table salt dissolved in it. The idea for the formation of the salt on the Occator crater is that the energy released during the impact that generated the crater melted some ice underneath the surface and punched through the ice layer. At that point, some brine was ejected from the interior, in a way similar to a geyser here on Earth.

Further observations of Dawn have shown that Cerealia Facula and the Occator crater are not unique, but many other sites exist scattered throughout the surface of Ceres with evidence for a similar phenomenon. Some features are quite recent, less than two million years ago and some very recent ones are less than a hundred years old. This is inferred from the fact that in some areas there is still water mixed with the salt and the dehydration process takes a very short time on the surface of Ceres.

In short, Ceres is yet another water world in the solar system. Together with Enceladus, which ejects plumes of water in space, there are also many other places in the solar system that are thought to contain large volumes of liquid water. These are three of the Galilean moons of Jupiter (Europa, Ganymede, and Callisto), Titan (the largest moon of Saturn), and the moons of Uranus and Neptune Titania and Triton, the dwarf planet Pluto and Mars. Now Ceres becomes yet another candidate water-world where large subterranean oceans might exist.

Yet, despite the water being so abundant in so many different environments of the solar system, Earth remains the only planet in the solar system where we have liquid water on the surface (although this might not be necessary for life). This is not too unexpected in a way, since liquid water cannot exist for prolonged times at low atmospheric pressures, and therefore since most of these water-bearing worlds are moons with no or very thin atmospheres, the presence of surface water quickly fades away. Furthermore, the low temperatures quickly convert liquid water into ice and we have even more worlds with surface water ice that include our Moon and possibly even some small craters on Mercury (permanently in the shadow), where the daily temperature reaches more than 400 degrees Celsius.