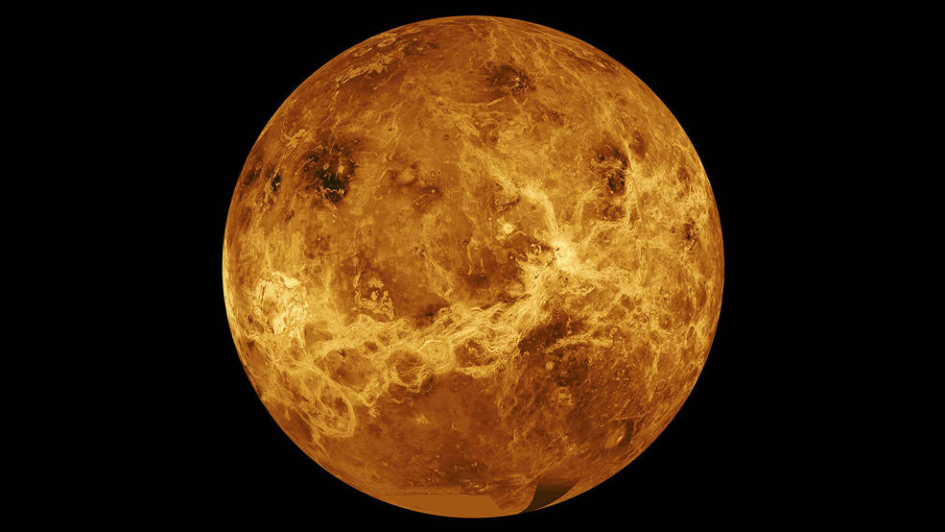 On September 14, 2020, a new paper appeared in the prestigious peer-reviewed journal Nature Astronomy. The paper has had quite a big media coverage because the topic is among the most interesting we can think of: the presence of life on other planets of the solar system. In particular, this paper reports the detection of a possible biosignature which could be a fingerprint of life.  I will try to explain what exactly did the researcher discover and what are the implications for the problem of the origin of life.

The paper is titled “Phosphine gas in the cloud decks of Venus” and it is authored by several scientists from prestigious institutions in the UK and US. They started by making the important consideration that if one wants to study in the future the atmospheric composition of exoplanets, i.e. those planets outside the solar system, then it is a good idea to start characterizing the compounds that exist in the atmospheres of nearby solar system planets. By doing this one can hope to understand what type of signal to expect from similar planets orbiting other stars. A nice paper published in 2020 by Clara Sousa-Silva from MIT (and collaborators), suggested looking for the presence of the compound PH3, known as phosphine, composed of an atom of phosphorus and three hydrogen atoms. Compounds containing phosphorus are very reactive so in an oxidizing atmosphere, it would be rapidly depleted. Phosphine is present on several planets of the solar system, but only on gas giants (like Saturn) and Earth. This compound forms in gas giants because they do not have a rocky surface and the phosphine produced deep in their interior can dredge up and be observed in the uppermost atmospheric layers. On rocky planets instead, the presence of a solid crust should prevent the formation of large quantities of this compound and indeed the Earth shows trace amounts of phosphine primarily as a consequence of human activity and microbial life. Therefore, the researchers reasoned, finding phosphine on other rocky planets’ atmospheres might constitute a potential biosignature, and Venus was thus selected to check this hypothesis.

To verify the presence of phosphine, the astronomers selected two ground-based telescopes that operate at millimeter wavelengths, the  James Clerk Maxwell Telescope (JCMT) and the Atacama Large Millimetre/submillimetre Array (ALMA). The JCMT was used back in 2017 to take the first detailed spectrum of the atmosphere of Venus at those wavelengths. The absorption spectrum of light is a very simple yet powerful method to detect the compounds that constitute a substance since each compound will absorb some specific wavelengths of light leaving its fingerprints as an absorption line. The spectrum of Venus showed a possible absorption line at the wavelengths that would correspond to the presence of phosphine. Since the signal was not particularly strong, the researchers sought confirmation in 2019 by using the powerful ALMA telescope. The data showed the same absorption feature recorded by the JCMT providing physical parameters compatible with those inferred in 2017. The final result was that the atmosphere of Venus contains 20 parts per billion (ppb) of phosphine. This value is about 10 times larger than the largest value ever measured on Earth.

Despite the robustness of the detection, the scientists considered the possibility of contaminants, i.e., other compounds that would mimic the presence of phosphine, and excluded this possibility. Therefore the detection can be considered solid although, as is always the case in science, an independent confirmation will be needed to say that the evidence is conclusive.

The next question posed by the astronomers was how to justify the presence of phosphine in the atmosphere of Venus. The first consideration is that phosphorus is necessary to create phosphine, but past space missions that visited Venus could not detect any phosphorus species at the surface of the planet. Nonetheless, the authors considered the possibility of phosphorus oxides and which of these compounds would, given the physical conditions on Venus, provide the required quantities of this molecule. None of the possibilities considered led to any meaningful production of PH3, unless there is something profoundly wrong with our understanding of the physical conditions of this planet –a very unlikely possibility since Venus has been visited by many space probes in the past 50 years.

The astronomers then tried to determine the lifetime of phosphine, given the physical conditions of the atmosphere of Venus. Indeed if the lifetime of this compound would turn out to be very long, it is plausible that some unknown process that occurred in the ancient past of Venus might have led to the formation of this molecule.
This lifetime depends on the atmosphere structure since the chemical composition differs at different altitudes. The researchers found that, at heights larger than 80 km, the phosphine would be readily destroyed in less than 20 minutes by interacting with radicals (which are very reactive atoms or molecules where a valence electron is unpaired). At heights close to the surface, the phosphine would instead be destroyed by collisions between atoms/molecules due to the high temperature and it would not survive at the observed concentrations for more than a few years.
At intermediate heights it is very uncertain how long would PH3 survive in the atmosphere of Venus. The researchers estimated that phosphine would interact with radical species which are poorly constrained but they noticed that no matter what the true lifetime is, the atmospheric circulation would bring phosphine to higher altitudes (> 80 km) in less than 1,000 years. Since phosphine is destroyed in minutes at those heights, the maximum lifetime of PH3 is, at most, 1,000 years. This is way too short to explain the presence of phosphine and therefore there must be a source to replenish this molecule at a high rate.

Once the maximum lifetime of phosphine was established, it was time to ask which process (not related to life yet) might produce phosphine at the right rate. The authors thus consider several mechanisms to inject phosphine into the atmosphere. Photochemical processes require that photons need to create radicals, then radicals need to react with phosphorus compounds by removing oxygen and adding hydrogen. A network of reactions was considered and it was found that the resulting timescales were off by at least four orders of magnitude. The second process considered was the production of phosphine by lightning. This mechanism, however, gave a result ten million times smaller than the required PH3 abundance. Finally, the presence of volcanoes on Venus might have injected some phosphine via mantle rock chemistry but the authors found that to reach the right rate one needs 200 more volcanic activity on Venus than on Earth. This is in contradiction with what has been found by space probes like Venus Express that have mapped the surface of Venus and found very few, if any, active volcanoes. After excluding some further mechanisms (like meteorites and solar wind) the authors were left with no plausible explanation for the presence of phosphine.

The most likely cause was suggested to be some unknown chemical processes occurring on Venus, something that is not so strange to consider given that we have already found many places in the solar system where it is common to observe exotic chemical reactions that are difficult or impossible to observe here on Earth (given the drastically different physical conditions). But of course, at this point, it became useful also to speculate on a very unexpected possibility, i.e. that phosphine on Venus is the result of biochemical processes related to microbial life.
This is not the first time that life is considered in the atmosphere of our neighboring planet. Indeed back in the ’60s, Harold Morowitz and Carl Sagan were the first to consider the possibility of microbial life in the clouds of Venus. When looking in ultraviolet light, Venus’ atmosphere shows strange dark bands that might have both a chemical explanation or be the result of ultraviolet absorbing pigments of microbial life forms. These microbes might be populating the clouds of Venus at altitudes where the temperature is a few tens of degrees centigrades and the atmospheric pressure is very close to the surface pressure of Earth. Even if today’s surface conditions of Venus are hellish and inhospitable, it has been speculated that Venus might have been habitable with liquid water on its surface up to “just” 700 million years ago. If that’s the case then microbial life might have emerged on the surface of Venus and then slowly migrated into the clouds as the surface conditions worsened due to the runaway greenhouse effect that has brought today’s temperature up to about 480 degrees celsius and 90 bars of atmospheric pressure. Despite the drying and acidic atmosphere of Venus, the biochemistry that transforms phosphate to phosphine is compatible with the current conditions in the atmosphere and thus would be compatible with potential microbial life adapted to these harsh conditions (like some extremophiles here on Earth).